It might be a surprise to some, but I have a tendency to be a bit of a Luddite when it comes to adopting new technologies around the home and office. Such was the case with my home WiFi network setup. Prior to searching for a more reliable solution to solve my home/office WiFi frustrations I was happy to suffer through my local ISPs iiNET’s very very average default NBN Router, the TG-789vac v2. I was happy just hearing about how my mates in the industry had setup their home networks and where reaping the rewards…

In my old house the WiFi coverage was adequate for the 220 square meters of house plus outside area reach, however I faced constant WiFi disconnections on my MBP which resulted in the frustrating high CPU blow fan condition. The router was placed in my office which was where my most important connectivity points where. Mobile devices didn’t seem to be impacted too much however the routers WiFi did just stop working at times and required resetting. Given that I have been investing, more and more into home automation and connected devices in general the amount of WiFi connected devices on my home network was becoming significant… all fighting for the same dodgy bandwidth being provided by a bit of unreliable kit.

All in all it was an annoying but tolerable situation.

When we moved into the new house, I had to cater for an extra story, plus double the square meterage (440). The most logical place to put the router was upstairs in the kitchen area which also meant my main points of connectivity was now further away. I also had the problem of significant signal loss outside of the kitchen area and had almost zero coverage at the front or back of the house… In a nutshell the router wasn’t good enough and I needed to look for a solution.

My key selection criteria for the new WiFi setup was

I had looked at stand alone Access Points, but it was becoming clear in my research that Mesh was the way to go due to the first two points of my selection criteria. I also looked at more powerful multi-antenna routers, which would certainly deliver speed increases, but might not give me the coverage I required. In terms of brands, I was looking at all the usual suspects including Google Nest, TP Link, Ubiquiti and Amplfy. As fate would have it, I then received an email from Amazon with a special promotion for the Australian release of their Eero WiFi System.

After reading a bunch of reviews, I decided to take the plunge and order the Three Pack Bundle off Amazon Prime.

At the time, Amazon AU had a super special intro offer available which had the three Eero devices, plus an Amazon Echo Show 5 on sale for only $389 AUD. Currently they sit at $429 AUD. There is a promotion happening on the Eero website offering them at very competitive prices with 20% off starting next week.

For those that don’t know, Eero is credited in some circles with popularizing mesh WiFi when it released its first product back in 2016. Since then, the market has exploded with options, and Eero was acquired as part of Amazon’s growing portfolio of hardware companies. I decided to go with the newer middle of the range routers, but Eero has a Pro Edition Router and a lower tier Beacon that starts at $79 USD now. I basically traded raw speed for value when choosing the Eero Mesh. 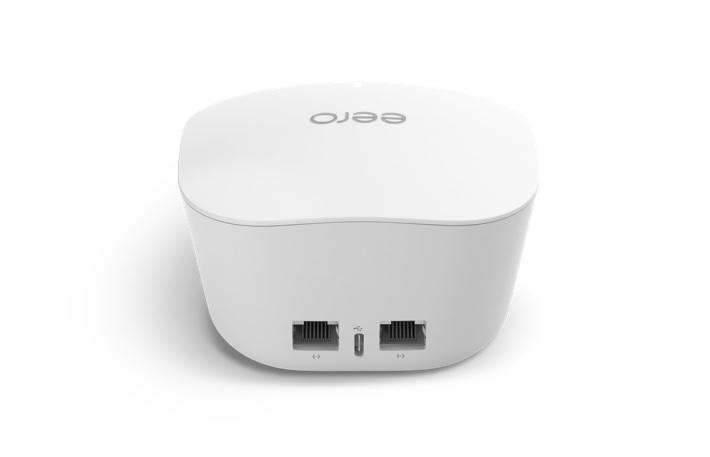 The routers are dual-band that uses 802.11ac Wi-Fi technology and supports MU-MIMO simultaneous data streaming, direct-to-client signal beamforming, and automatic band steering to select the optimal radio band. It uses a 700MHz quad-core processor, 512MB of RAM, and 4GB of flash storage and can reach theoretical maximum speeds of 400Mbps on the 2.4GHz band and 866Mbps on the 5GHz band. Each unit comes with two auto-sensing Gigabit ports for WAN and/or LAN connectivity.

It also integrates with Alexa, so you can give voice commands to the Eero system to turn off or on the guest networking or pause network access for specific devices though this has been reported as more gimmicky.

Eero talks about it’s TrueMesh technology, and in a nutshell With TrueMesh, their WiFi hops between devices to travelling through and around rooms. Most other WiFi systems only allow for one hop in any direction. Eero allows for more hops with less speed degradation The TrueMesh technology keeps track of signal strength between devices and calculates the best path from your device to navigate the network. If there’s a disruption on the network TrueMesh dynamically reroutes traffic to keep it balanced.

In Part 2, I’ll go through the installation, setup and get to the good stuff where I show my results of before and after testing. Stay tuned!