This week, KubeCon and Cloud Native Con is happening in San Diego. In the lead up to the event, there was talk about 12,000 registrations which puts it up there with one of the fastest growing industry events by numbers and apparently the biggest independent, non vendor specific event ever in our industry. When you look at the fact that VMworld US had approx. 20,000 attendees the attendance for KubeCon is impressive to say the least.

Most people are aware that Kubernetes is hot right now. I’ve written a couple of articles this year on the subject and been also tracking the rise of Kubernetes in the vernacular of the more traditional infrastructure IT community over the past few years.

There is no doubt there is a significant element of #FOMO associated with the rise of Kubernetes, but looking at the breath of the conference on a whole it’s more about the Cloud Native aspect of the ecosystem. Kubernetes as a “theme” is the draw, but I would put a bet on the fact that a large chunk of the attendees (Dev community and those directly associated with Cloud Native aside) have not grasped the cloud native movement that powers KubeCon and Cloud Native Con… I will admit that it is something that I am yet to comes to terms with as well.

Are there shades of OpenStack here?

Docker Enterprise was acquired last week my Mirantis which in it’s self started life as an OpenStack offering to rival the likes of more managed OpenStack platforms from VMware and a like. OpenStack is now just a block in the overall picture of what Mirantis offers. OpenStack was set to dominate the IT industry and change the world and back when it was ontop of its own hype curve I remember a lot of similar FOMO conversations happening.

Kubernetes appears to be more than a block at the moment. I’ve been talking to a lot of people and discovering the power of Kubernetes myself. While I will reserve judgement on the holy war battleground fight that appears to have been run and won. What some may find interesting is that Docker is still the containerisation platform that powers the orchestration and management layer that is Kubernetes. It obviously extends and is being extended to more use cases, but the parallels in terms of hype between Kubernetes and OpenStack are noted.

Orchestration engines for Docker was always the battleground in this cloud native space. That space only exists because there is a ground swell of developers creating applications on Cloud Native Platforms. While traditional/monolithic software development isn’t going away any time soon, it’s clear that the Cloud Native approach is well and truly mainstream.

That doesn’t make things easier, now that Cloud Native is more mainstream. In fact the CNCF confirms the existing complex ecosystem via its Cloud Native Trail Map that begins to point organizations down the right path as they start their Cloud Native journey. 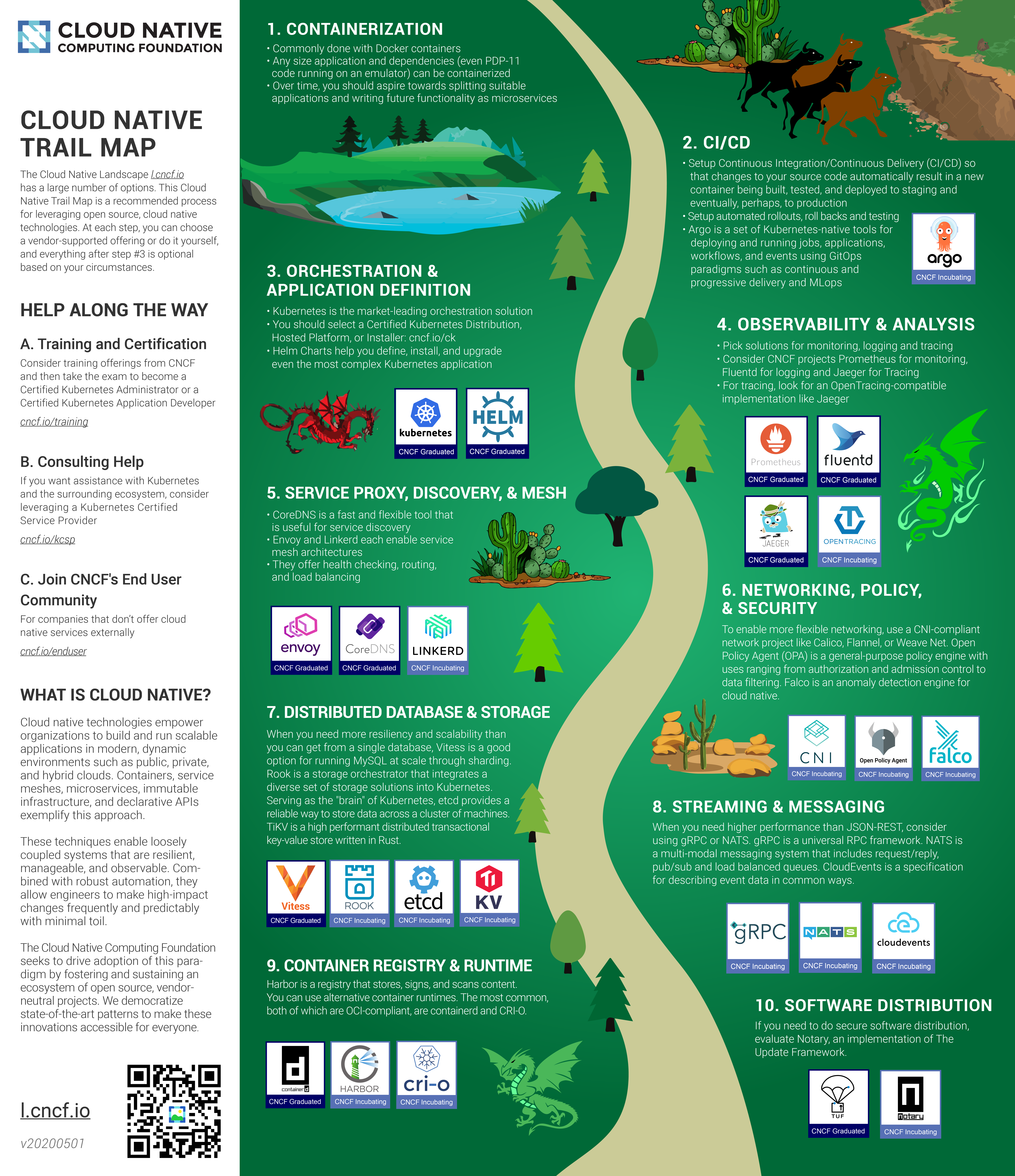 To finish off, i’ll leave you with the image below. It’s the Cloud Native Landscape as it sits today. This isn’t your every day IT Infrastructure ecosystem. There are literally hundreds (thousands) of different permutations and choices consumers of IT need to think about when looking to go down their Cloud Native journeys. Kubernetes is a building block and one part of the puzzle… though an important one that does bring together a lot of the other elements you see below. 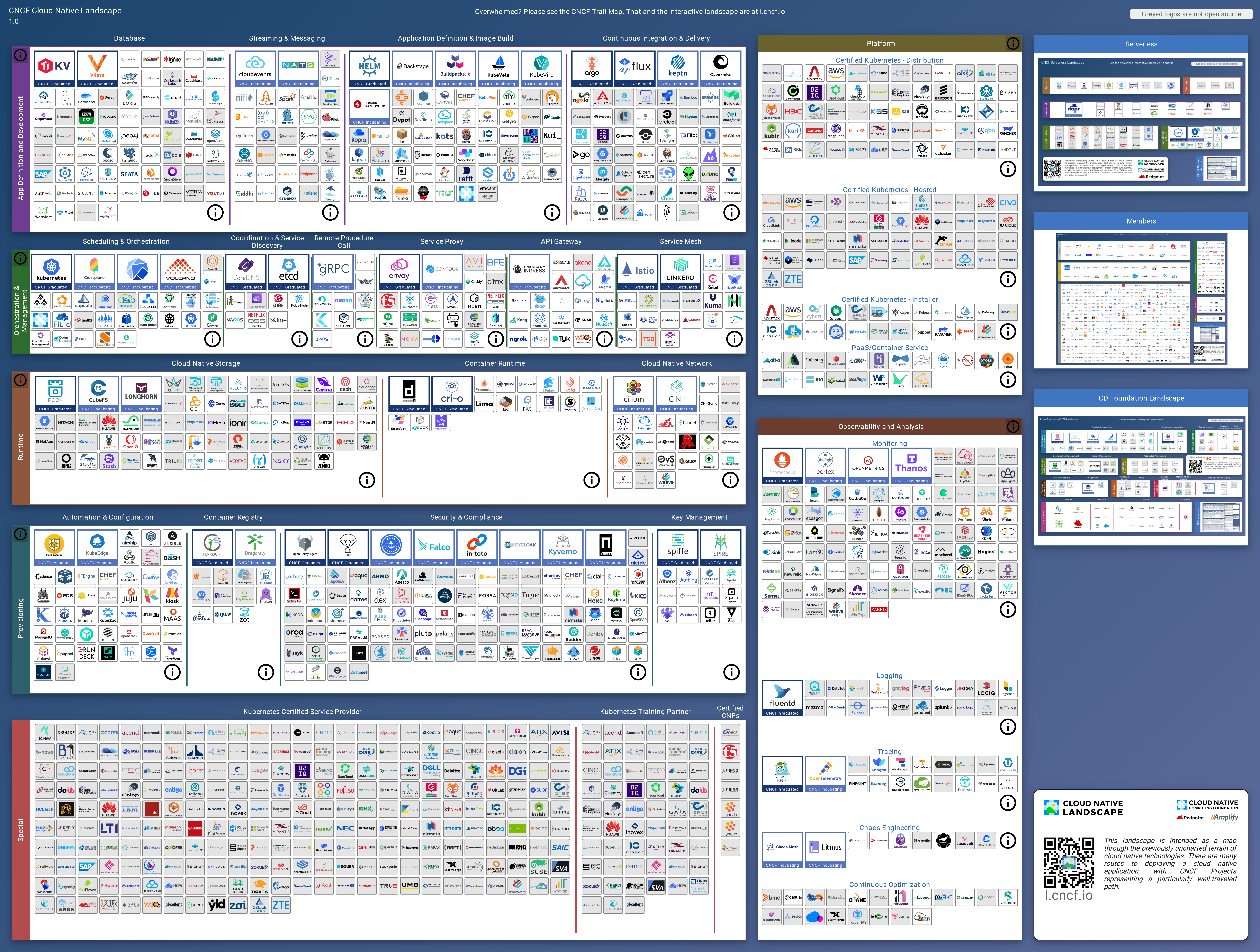 This is also worth a watch from theCUBE guys.