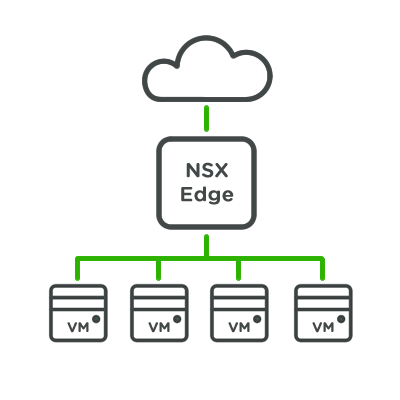 Today is a great day for Zettagrid…we have officially released our NSX Advanced Networking feature that extends the networking functionality of our vCloud Based Virtual Datacenter product. The release is as significant as our initial vCloud Director offering which was the first in the ANZ market in offering a fully automated vCloud Power IaaS offering. What makes this release significant is that apart from us being one of the first…if not the first to offer NSX Advanced Edges to act as the gateway for client VMs and services hosted on VMware’s vCloud Director Platform. This first release milestone has further cemented Zettagrid’s status in the cloud market as leaders and innovators when it comes to taking great technology and doing great things with that technology.

While compute has long been the foundation for a strong cloud computing platform that underpins IaaS, networking has always been a bit of a poorer second cousin…not in terms of importance, but in terms of ease of functionality when it comes to automation. Nicira was conceived to overlay physical networks and allow for faster and more efficient setup and configuration driven by an API first mentality…with that it was no surprise that VMware decided to acquire the technology and talent and form the NSBU which has produced NSX for VMware (NSX-v)

Zettagrid saw huge potential in being able to automate the networking deployment, configuration and management of networking to do for networking what vCloud Director had done for compute. There are very specific pain points that this release has solved for Zettagrid customers who where after more functionality and features that where available in the Basic VSE Edge Gateways that come as default with the vCloud Director platform. The alternative prior to NSX Advanced Networking was to deploy a 3rd party Networking appliance and have that connected back to the clients Virtual Datacenter via mainly manual processes which did lead to longer lead times for requests to be completed.

With NSX Advanced Networking clients now have the ability to deploy three sizes of Edge Gateways that cater for all modern Hybrid Cloud requirements. In addition to that all Edges can be deployed with the option of High Availability which offers greater service continuity. Comparing the Basic Networking option to the NSX Advanced features you get a better performing routing and firewall engine along with a significantly improved Load Balancer services that rivals much more expensive options. You also have the ability to take advantage of dynamic routing protocols such as BGP and OSPF to enable more hybrid cloud options connecting vCloud Director Datacenters to on-premises or MPLS networks.

NSX Advanced Networking is deployed from the Zettagrid MyAccount Catalog when ordering a Virtual Datacenter. Within minutes you have access to the MyAccount Portal to start configuring your network and virtual machines. The Zettagrid team worked tirelessly to develop an interface between the NSX Rest APIs and our provisioning backend and then create the MyAccount NSX Advanced Networking UI. We have already begun work on further enhancing the features of the product and will be adding more features and functionality to the MyAccount Portal in future releases.

Networking is the cornerstone of the Hybrid Cloud and with VMware NSX technology, Zettagrid has been able to take a significant first step in making the consumption and management of networking in the cloud more efficient and powerful. Well done to the Zettagrid team on this release and we look forward to our customers taking advantage of the benefits offered by NSX Advanced Networking.